The month of June is the official beginning of summer. Flowers burst into bloom, the weather is warming up while cool breezes are still tempering the heat. On top of that, early summer is the perfect time to get away before the busy summer months when resorts around the world are expensive and both beaches and cities are packed with vacationers from all over the world.

Make use of the travel-friendly weather and affordable rates, and take a trip to some of these somewhat underrated and spectacular June holiday destinations.

What Are The Best June Holiday Destinations? 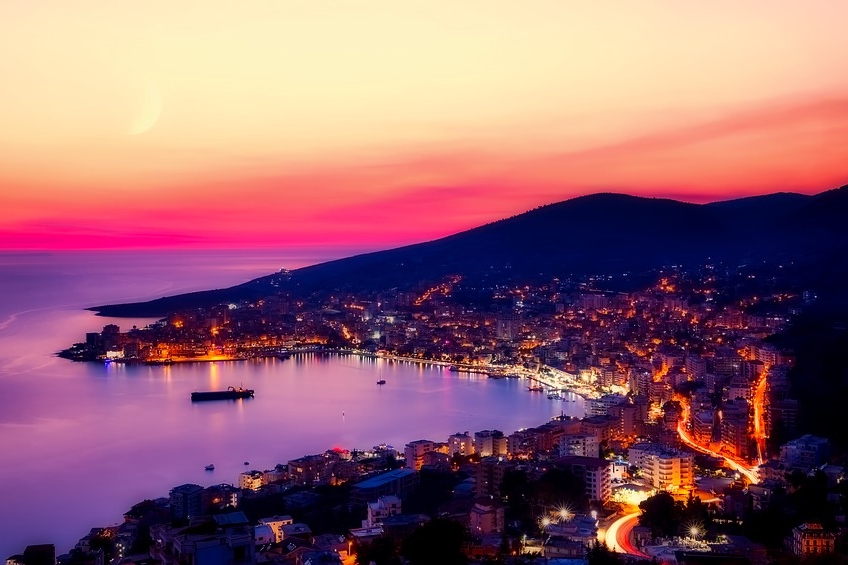 Over the past couple of years, the small Balkan country of Albania has become an emerging travel destination. Due to its diverse landscape (Albanian Riviera is perfect for sunbathing and mountains are great for skiing), Albania is worth a trip all year.

However, early summer has a mild climate with many sunny days and therefore seems to be the best season for those who want to unwind on the gorgeous beaches, swim in the clear waters or visit some of Albania’s impressive archaeological sites.

With rather low prices and only few tourists, Albania should definitely be on your travel bucket list in June. 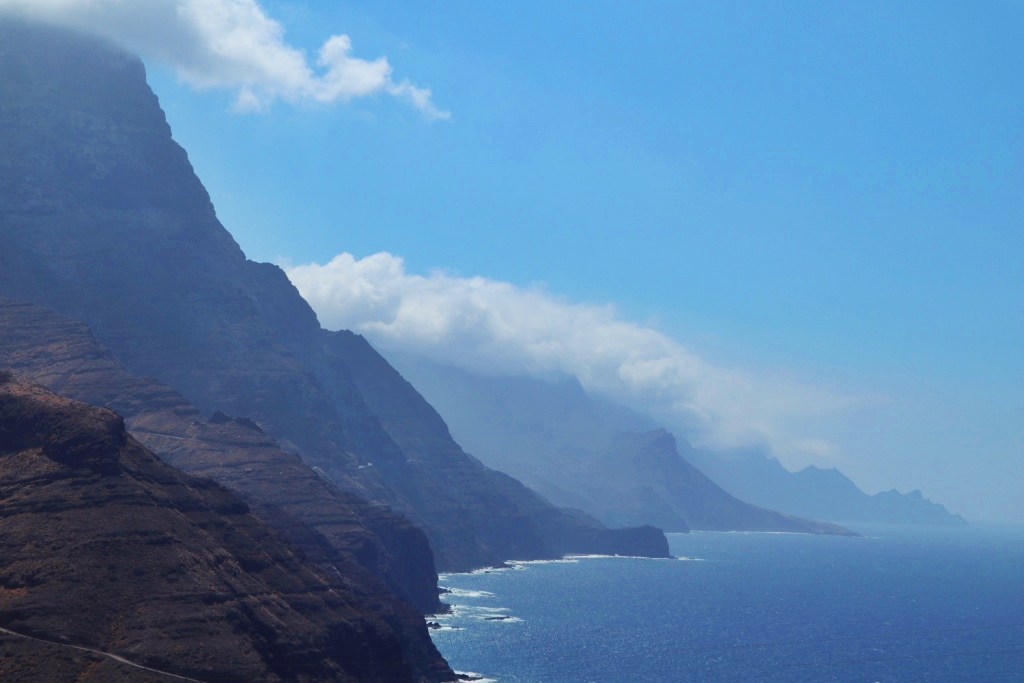 Spain’s Canary Islands are famous for having a stable climate pretty much throughout the whole year. While many people use this chance to escape the European winter early in the year, June is, in fact, the first month with hot temperatures, which means it is perfect to spend a few days at the beach.

Gran Canaria usually fills up with tourists in July and August, so if you want to explore the diversity of this island, including all of its incredibly beautiful photo spots without the crowds, be sure to come here in May or June.

Also, traveling to Gran Canaria in June, you’ll get better rates on accommodation and flights for sure. 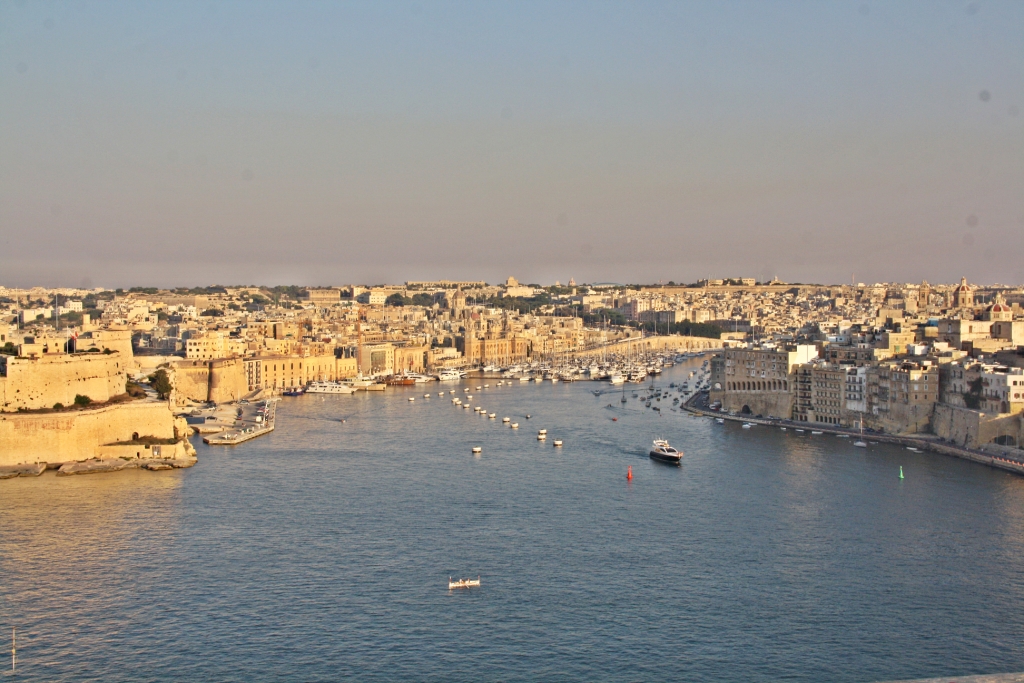 With mostly sunny days, May and June are considered the best months to travel Malta.

Not only is June a lot less crowded than the busy summer months, but it is also perfect in terms of climate. In fact, daytime temperatures make it possible to get both relaxing days at the beach and sightseeing across Malta and its neighboring island Gozo, though the heat won’t be as oppressive as in July or August.

On top of that, early summer is when most of Malta’s annual events take place. From medieval reenactments to music festivals and local village fiestas – you’ll definitely find an event happening right when you’re there. 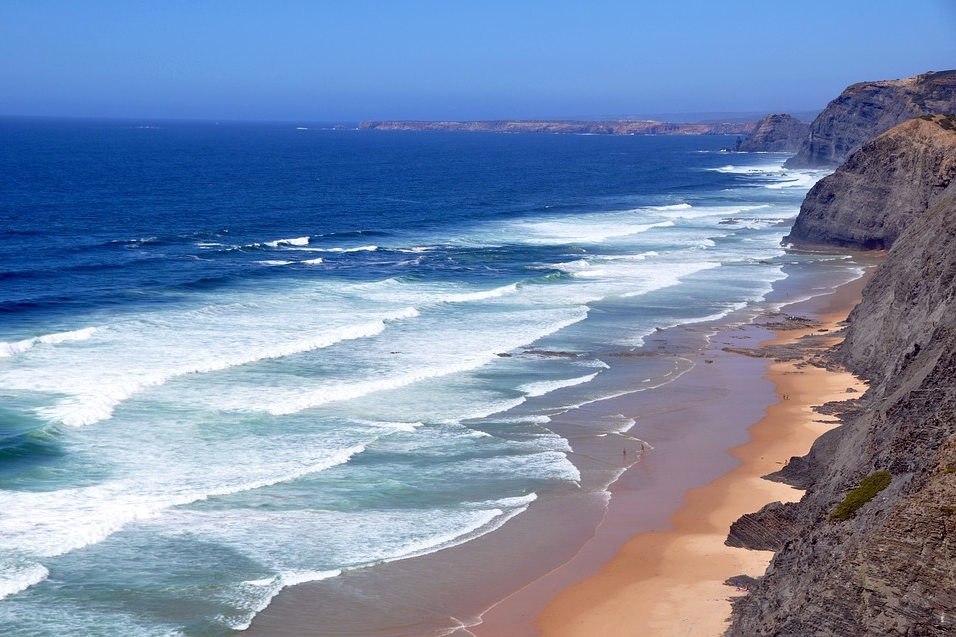 Portugal has perhaps the most pleasant climate in all of continental Europe with mild temperatures (around 25°C) and overall sunny days in May and early June.

In fact, the weather in early summer is great for both city breaks and a road trip along Portugal’s beautiful coast, including some bay hopping that makes for a relaxing beach vacation in June.

However, be prepared: by mid-June, the major towns and beach resorts will be packed with tourists and prices will increase significantly. Therefore, I recommend visiting cities like Lisbon or Porto in May or early June when they’re not flocked by tourists. 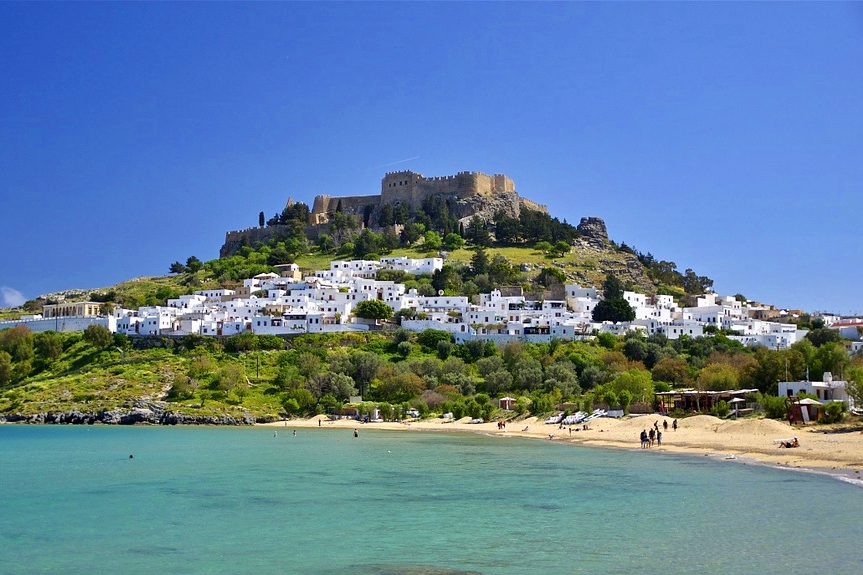 Don’t even think about coming to Rhodes (or any other Greek island for that matter) during July and August unless you want to spend all of your holidays inside the hotel’s pool due to unbearable heat outside, and with hundreds of other tourists in the pool with you. 🙂

If you want to experience Greece’s Rhodes Island, I highly recommend taking a trip in May or early June when temperatures average 25°C and the weather is warm and sunny.

Visiting the Island Of Knights in early summer will give you the chance to explore one of the most stunning medieval settlements, pristine beaches and traditional villages without sweating like a pig and without crowds of other European vacationers. 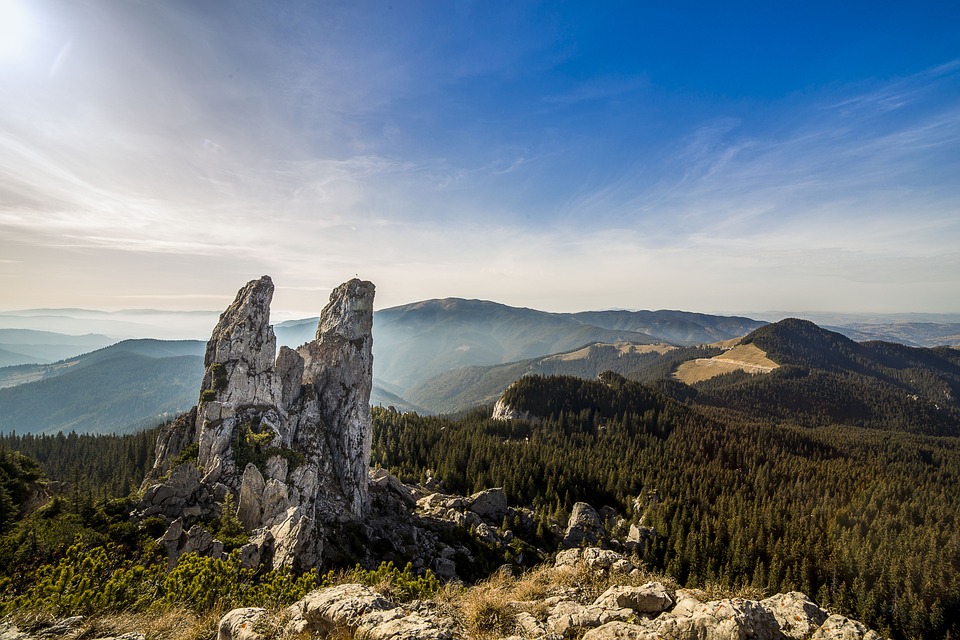 With a maximum of 27°C and hardly any rain, June is a great month to visit Romania.

Especially outdoor lovers can enjoy Romania to the fullest when temperatures in the countryside are mild and hiking trails are empty. Only few tourists make their way to Romania after the Easter holidays making it the perfect time to visit both urban centers, such as Bucharest, and nature gems.

However, if you’re planning to relax on the coast of the Black Sea, it will be best to make your way to Romania toward the end of June or beginning of July when temperatures climb to 30°C. 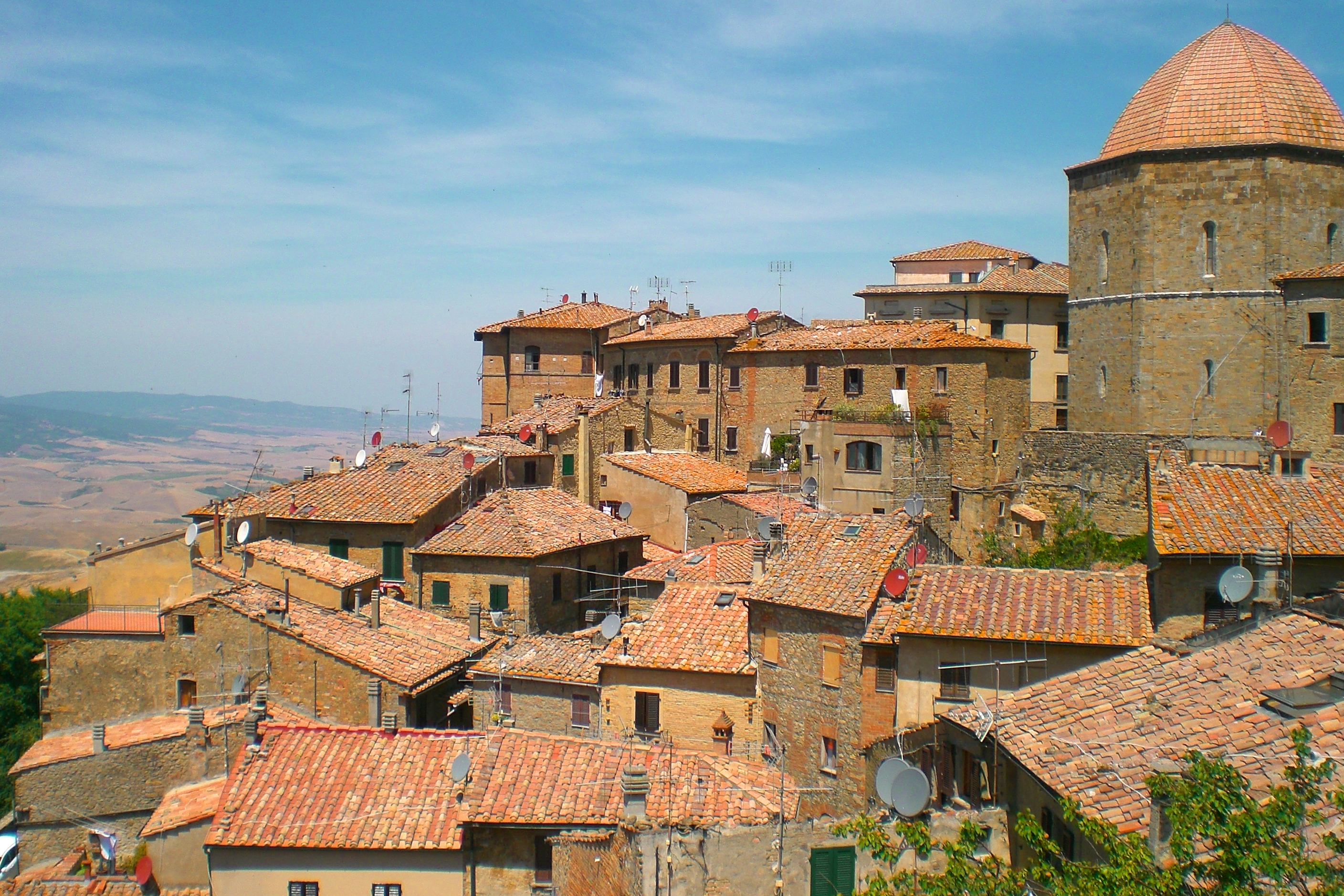 June marks the beginning of summer in Tuscany with temperatures rising over 30°C.

However, May and early June are among the most pleasant months to travel in this famous region of Italy. The fruit trees slowly come into season and the landscape is particularly scenic at this time of the year.

With multiple festivals and local celebrations, the Tuscan towns are especially attractive during early summer.

Plus, the crowds are significantly smaller than in July and August when Tuscany’s major attractions are packed with visitors. 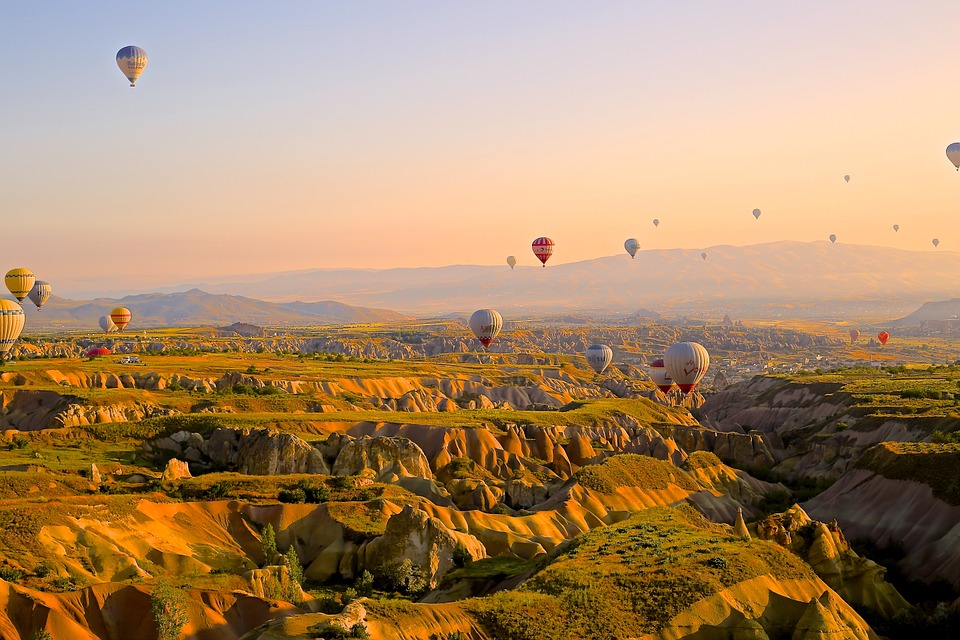 Turkey! What a beautiful and diverse June destination!

Similar to Greece, July through September is particularly hot in Turkey with temperatures rising up to 38°C around midday. Believe me, traveling around Turkey is a lot more fun in more pleasant temperatures in May and the beginning of June.

Over the past years, many places in Turkey have become well-known spots among photographers, Instagrammers and sun-seekers alike. Not only the entire Mediterranean coast of Turkey but also mountain villages, such as the famous town of Cappadocia, are worth visiting before it fills up with tourists during the hottest summer months. 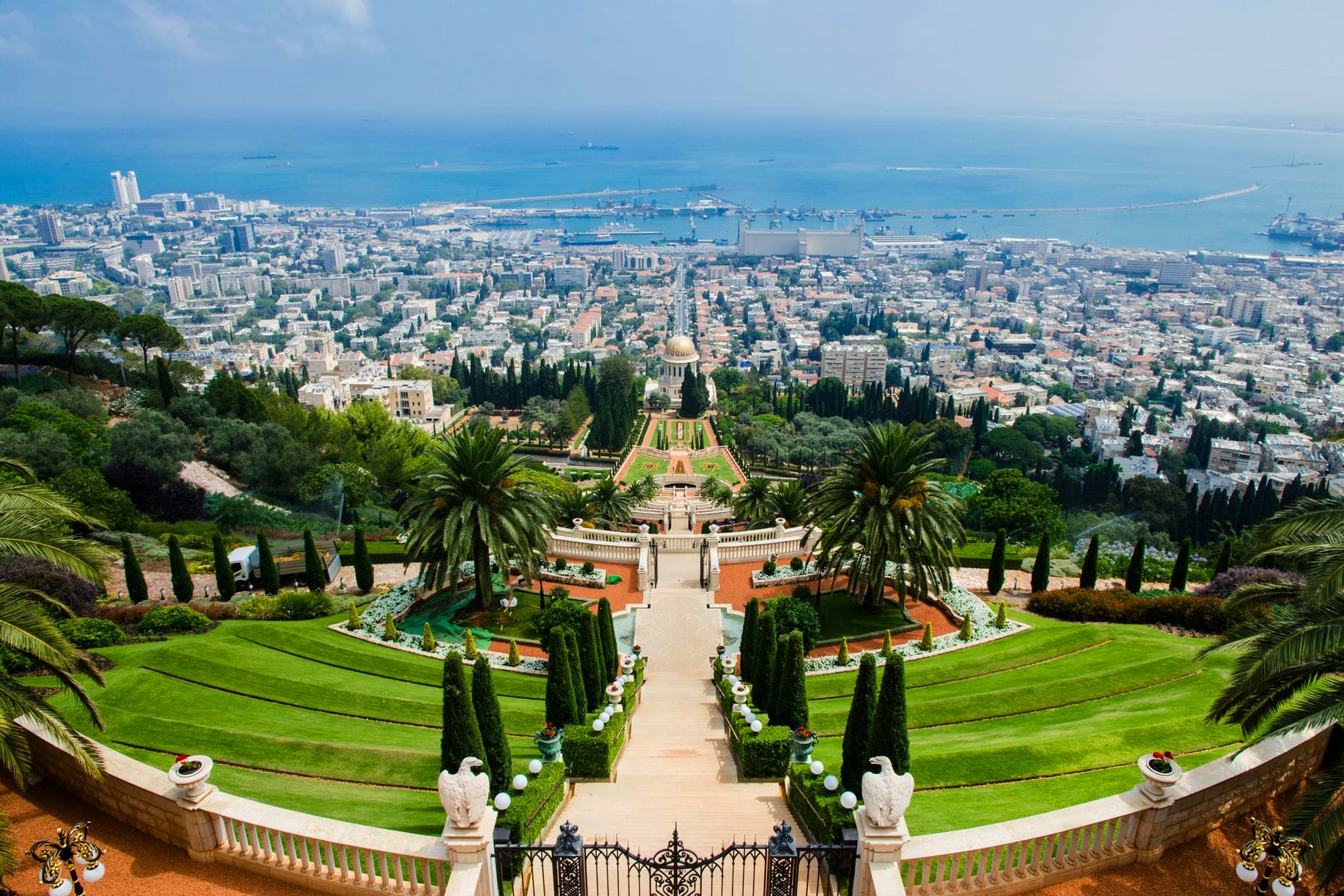 You might have pictured Israel a nation with an ever-hot climate, but, guess what, that’s not true!

Early summer and autumn are a great time to enjoy pleasant temperatures. Especially in May and early June, you can escape the heat of the summer months and explore the historic sites, small coastal towns and urban centers with hardly any rainfall. The country may experience hot, dry desert winds at any time between March and November, though they don’t necessarily restrict outdoor activities. Just make sure to stay hydrated!

Israel is not a particularly cheap country compared to most on this list, but early summer is one of the best times to come here in terms of accommodation discounts and flight deals.

In the summer months, both locals and tourists flock to Israel’s beaches and major tourist attractions, which is another reason to come here before the high season starts. 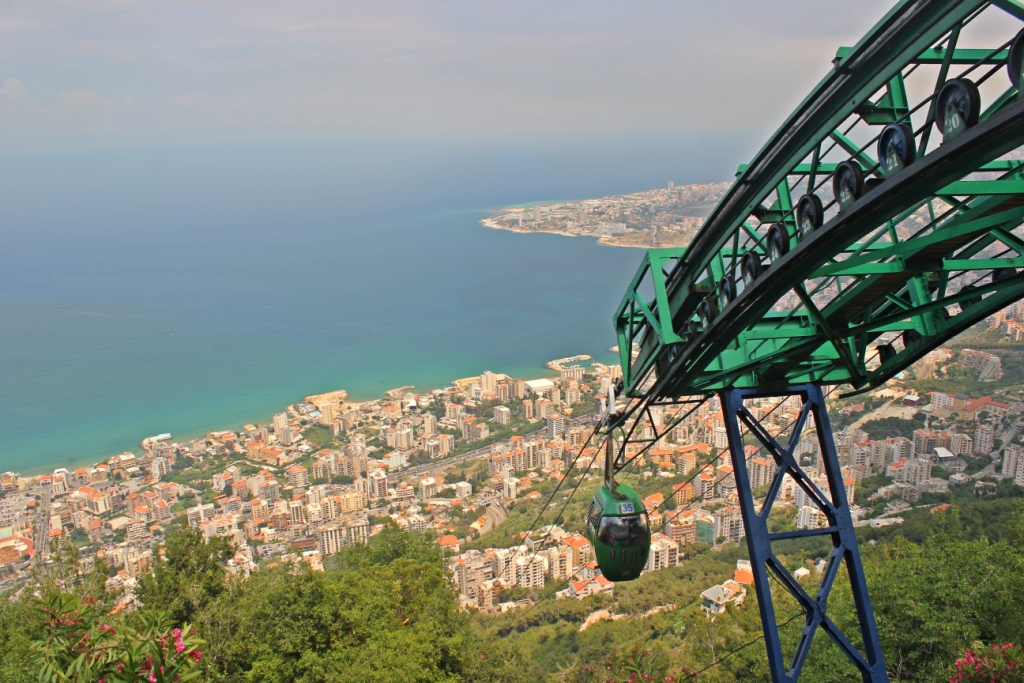 With no rainfall at all and pleasant temperatures averaging around 25°C on the coast, Lebanon is a perfect country to visit in June.

However, I encourage you to explore Lebanon beyond Beirut and its coastal area. In fact, some of the nation’s most unique treasures can be found in the mountain range of Mount Lebanon, which you can easily go to on a day trip from Beirut.

The long history of turmoil has certainly hampered tourism in Lebanon, though it is now considered a very safe country to travel, even for solo-traveling women!

>> See also: My Ultimate Top 5 Places To See In Lebanon

>> See also: Discover The Best Of Lebanon In 10 Days – A Sample Itinerary 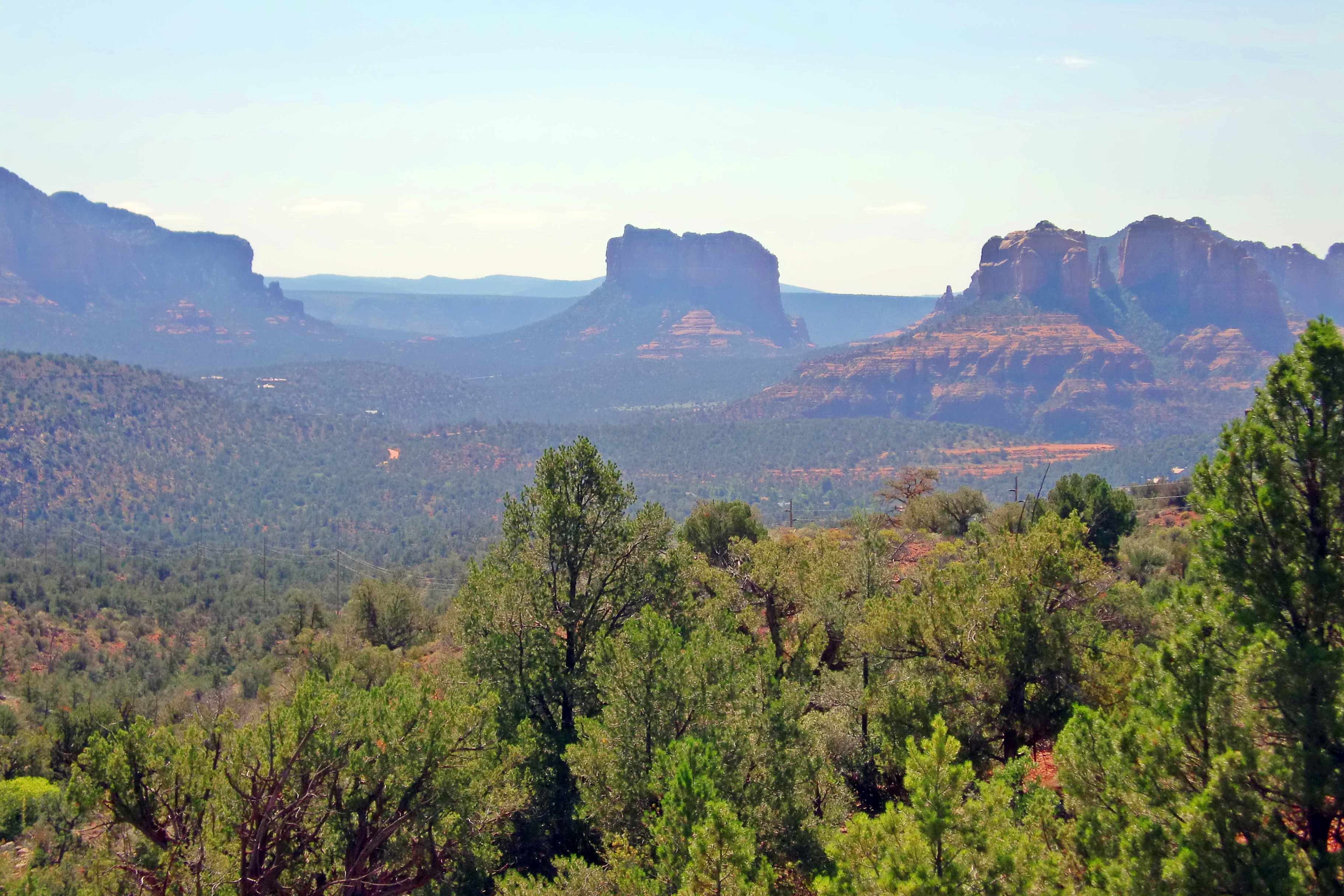 Believe it or not, May and June are actually the best months to take a road trip along the famous Route 66 from Chicago to Los Angeles.

Against popular belief, both summer and winter are not the best seasons to travel along Route 66. While the summer months are sweltering and packed with vacationers, the winter has high risk of snow and uneasy road conditions.

In May and early June, you will encounter fair weather, with rather pleasant temperatures – definitely not as hot as in mid-summer – and with the occasional rain shower. With more than 2,300 miles in length, Route 66 passes through different terrain and temperature zones, which is why the weather will vary a bit.

Route 66 is one of the most famous road trips in the US, if not around the world, and a popular item on many travel bucket lists. People go on a road trip along the Historic Route 66 year-round, so chances are you will encounter other road trippers while traveling. However, many people use their summer break to take this road trip of a lifetime.

Therefore places will be significantly less crowded in early summer. Rates for accommodations, rental cars and flights will be a lot cheaper. And the whole experience will probably be a lot more authentic when there’s less traffic on the road.

By the way, you’ll have the same June advantages on other famous US road trips, such as the Mississippi Blues Trail from Chicago to New Orleans on the historic Route 61. 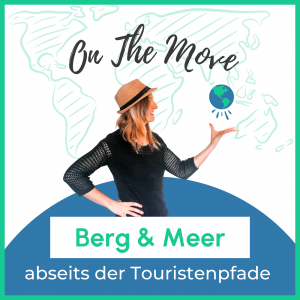